a bot with entertainment, link shortener, kill users and more!

Let’s talk a little bit about the commands

Unlike some people think, Karu can not only use the mentions (because in some cases it is annoying for the person whom we mention). That’s why I thought about you as much as the person so they don’t have a problem and we add the ID.

With this implementation we can in the case of giving a hug, to give it without having to bother with the mentions. It is worth mentioning that abuse in this way can reflect problems called “Spam”.

If in case you do not know to take the ID or do not see any form we have two ways to remove:

Karu brings built in the command UserInfo which allows you to get the user information both mentioned and get your ID (this sounds like removing scissors from the wrapper but you need scissors to remove them).

Discord has functions that do not bring the default active, of course normal users would not find sense to strange numbers. Well, in this case these numbers will serve us in replacement of the mentions and the way to activate it is as follows: 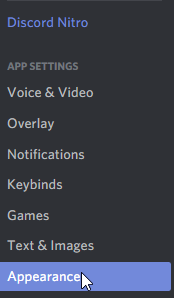 Go to the end of the “Appearance” section and find the “developer Mode” option, click to enable the button in the upper right corner of that option.

In this section I will introduce you some other curiosity and different things of Karu, basically is to show you the beauties both visible and unknown ester dear and very handsome bot.

Karu adds sensual animated emojis when you want to see the avatar of a user.

One of the commands of Karu maybe already many know is when we want to see the avatar both our and another friend come out animated emojis!, and not only that, but also random.